Thomas Kinkade is America's most collected living artist.  Coming from a modest background, Kinkade emphasizes simple pleasures and inspirational messages through his paintings.  As a devote Christian, Kinkade usues his gift as a vehicle to communicate and spread inherent life-addirming values.

It was while growing up in the small town of Placerville.  California that these important values were nurtured.  He spent a summer on a sketching tour with a college friend, producing the best-selling instructional book,  The Artist's Guide to Sketching.  The success of the book landed the two young artist at Ralph Bakshi Studios to creat background art for the animated feature film Fire and Ice.

After the film, Kinkade earned his living as a painter, selling his originals in galleries thoughout California.  In 1982, he married his childhood sweetheart, Nanette, and two years later they begin to publish his art.

A devoted husband and doting father to their four daughters, Kinkade strives to lead a balanced life, committed to famile values.  Kinkade creatively fills his paintings with "love notes" by hiding the letter "N" in his paintings as tribute to his wife, Nanette. 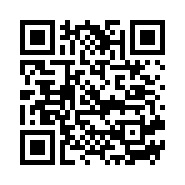