Facts and Figures - Did you know...

The world's first underground railway - the Metropolitan Line - opend ot the public on the 10th January 1863, running from Paddington (Bishop's Road) to Farrington Street.  The London Underground has been known as 'The Tube' since 1890, when the first deep-level electric line was opened.

Every day, about three million passenger journeys are made in 4000 Underground cars which run along 253 miles of route, servicing 275 stations.

The longest line is the Central Line, which has a length of 46 miles, servicing 49 stations.

The deepest Underground station is Hampstead at a depth of 192 ft (58.5m).

The busiest station is Victoria, witn approximately 76 million journeys starting or ending there each year, followed by Oxford Circus and King's Cross.

London Underground handles nearly 1000 million (in English - one milliard) passenger journeys per annum - the same as all other U.K. train operators combined.

Every Tube train travels distance from London to Sydney (10,500 miles) seven times a year.  In fact, the system carries as many individual passengers a year as the entire population of Australia.

There are 410 escalators and 102 lifts keeping passengers moving throughout the system.  Waterloo station has the most escalators - 25.

The London Underground Map is one of the most reproduced maps in the world.  Originally designed by Harry Beck, it first appeared in 1933 and has become of the most reconised design throughout the world. 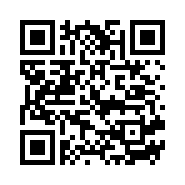