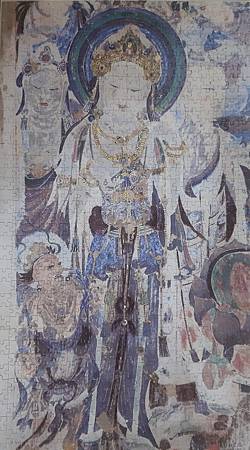 Located on the middle section of the Southern area of Mogao, constructed in the Early Tang and renovated in the Late Tang, this is a hall cave of medium size with a truncated pyramidal ceiling. The ceiling cener highlight a pattern of two coiled dragon and lotuses with draperies extending to the four slopes. There are asparas flying around the central design (sootiness), and the thousand Buddha motif on the four slopes are black due to sootiness.There west niche with a double-recessed entrance contains a seven-figure group of statues: a seated Buddha, two disciples, and four bodhisatvas (one lost). The walls in the inner niche are decorated with an aureole of flame motifs, halos, and on both sides are a disciple and an apsara. The top of the outer niche is a niche beam decorated with flames and lotuses, and there is an apsara on either side. The west wall in the niche contain a niche pillar and a pensive bodhisattva, while the north and south walls respectively show a bodhisattva. There are six apsaras on the niche beam, who are flying toward the central offerings. The north and south sides out of the niche are devoted to the Conception and the Great Departure respectively, both containing two bodhisattvas in the lower part. Beneath the niche are the offerings flanked by five bodhisattvas on either side.Each of the south and north walls are covered with a central preaching scene amid the thousand Buddha motifs. The south wall also depicts a row of female donors of the Early Tang (blurred) and the opposite north, a row of female donors of the Late Tang (blurred).The space above the entrance in the east wall is divided into the upper and lower sections. The upper is covered with the thousand Buddha motifs and there was a painting of seven Buddhas of the Early Tang in the lower part (destroyed when the corridor was renovated in the Late Tang). The corridor has a tent-like ceiling, which was rebuilt in the Late Tang. In the center is an illustration of the Medicine Buddha. The north and south sides of the entrance consist of three parts: on the upper parts are thousand Buddha motifs, on the middle ones are preaching scenes, and the lower parts are destroyed. In the front chamber, the space above the entrance in the west wall is filled with the Maitreya sutra illustration, which is flanked by the picture of the Vidudabha (king of the south,blurred) on the south side of the entrance and that of the Vaisravana (king of the north, blurred)on the north, all painted in the Late Tang period. 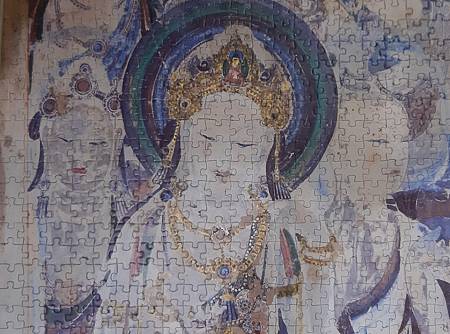 On the south wall, there is a central preaching scene of Maitreya surrounded by the thousand Buddha motifs. On the lower section there were originally a few donor figures (most have been damaged). In this preaching scene, there are more than sixteen figures including the Buddha, bodhisattvas and disciples. Only the head or half body of the other figures are visible except the central Buddha, the two large-sized bodhisattvas, and the relatively small-sized heavenly kings. Under the parasol in the center, Maitreya Buddha sits in lotus position on a lion throne and preaches. He is flanked by two disciples, the eldest Kasyapa holding a bottle and the youngest Ananda holding a bowl. The two bodhisattvas look at the audience, the one on the left wears a crown with an incarnated Buddha image and necklaces. The three other bodhisattvas behind only have their heads painted, all beautiful but looking different. The one closest to the Buddha holds a lotus in hands, her head tilts sideways at the audience, looking very lovely. The guardian warriors are short, upper bodies naked and barefoot. With massive muscles, wide open eyes and mouths, holding vajra in hand, they look powerful. There is an apsara on either side of the Bodhi tree in the upper picture. They fly freely with the rolling clouds. There donor figures at the bottom of the south wall were painted in about the Late Tang, most of them are vague. The two donors kneel on a square rug with incense burners in hand and look pious. 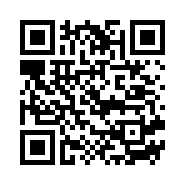