原文摘錄:
Mike Fasham was born in Edgware, Middlesex, in 1942 and educated at Kilburn Grammar School and Birmingham University where he obtained his PhD in marine geophysics in 1968. In the same year he joined the National Institute of Oceanography and, with Jim Crease, developed one of the first shipboard computer systems. He also began cooperating with Martin Angel to use multivariate statistical techniques to analyse the zoogeographic distribution of zooplankton and later joined the Marine Biology Group.

In the late 70s and early 80s, Mike worked on the theoretical analysis of plankton patchiness and also added an in situ fluorometer to the SeaSoar undulator to map the small-scale distribution of phytoplankton chlorophyll in the ocean. This work led to a more general interest in ecosystem modelling and the development of the influential Fasham-Ducklow marine ecosystem model. His paper, "A nitrogen-based model of plankton dynamics in the oceanic mixed layer" (Journal of Marine Research 48, 1-49) is a classic, having been cited nearly 500 times. In the 90s this model was embedded in the Princeton 3D Atlantic model to provide the first 3D marine ecosystem model.

After his “retirement” Mike remained as academically active as ever. He lectured to Masters students on ecological modelling, was a welcoming mine of information and advice for PhD students and continued research projects with a range of collaborators. His most recent paper was published in March this year.

Mike played a key role in the development of the Joint Global Ocean Flux Study (JGOFS) programme, serving on the National and International Committees and being chair of the International Committee from 1998 to 2000. He was elected a Fellow of the Royal Society in 2000 and awarded the Challenger Society Silver Medal in 2002. 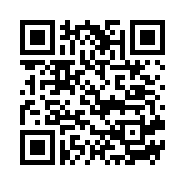