Innovative marine sensor technologies tested on RRS Discovery expedition at depths of 1600 metres are now ready to be developed further for commercialisation.

Developed by researchers at the National Oceanography Centre, Southampton and the University of Southampton this first generation of miniaturised sensors that will measure the marine environment has been built to withstand conditions in the open ocean.

'These sensors were dropped into the water strapped to a device which measures the temperature and salinity of the oceans as a function of depth, and the sensors measured the nitrate and nitrite concentrations, which are important characteristics of ocean chemistry. Phosphate, iron and manganese can also be measured with this technology,’ said Professor Morgan.

Now that the researchers have established that the sensors are capable of measuring harsh environments, they will develop them further so that they can be deployed for months at a time.

'This first generation of sensor systems as they stand are about the size of a large drinks bottle,’ Professor Morgan added. ‘We aim to make them much smaller so that they are capable of operating remotely without bulky, expensive and power hungry support systems.’

The project has two strands: to develop lab-on-a-chip chemical and biochemical analysers to detect nutrients and pollutants at the ultra low concentrations found in the ocean, and to develop small chips to identify individual phytoplankton in the oceans. The development of these biogeochemical sensors over the next three years will provide a new technology platform for marine scientists, and have applications in many allied activities such as those undertaken by the water industry, in environmental impact assessments and in monitoring ship ballast water. .

‘We believe that the development of micro-sensing systems that will be utilised across the broad front in marine sensing will be a world first,’ said Dr Mowlem. 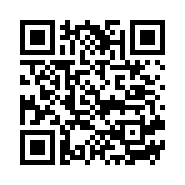