" RRS Charles Darwin has clocked up a formidable 787,000 nautical miles - equivalent to travelling 32 times around the world.

Built by Appledore Ship Builders in North Devon, the 69 metre long multi-purpose ship has undertaken a wide range of scientific operations with her complement of 18 scientific and technical staff and 22 officers and crew. She has operated on a worldwide basis since delivery, including a three-year 'Around the World' scientific cruise between 1986 and 1989.

RRS Charles Darwin's first cruise in 1985 was led by Professor John Gould working in the Northeast Atlantic. The work he was doing then has led to an international project that monitors the oceans from space called Argo. Satellites are used to track some 3000 floats that give readings of temperature and speeds of ocean currents around the world. Her final cruise will be a geophysical survey exercise led by Dr Dave Smith of the British Geological Survey.

Among the many research programmes involving RRS Charles Darwin, has been the research of rapid climate change. Researchers from the National Oceanography Centre, Southampton have been investigating the slowing down of the Gulf Stream which, in turn, could lead to a cooling of western Europe's climate by several degrees." (NERC, 2006) 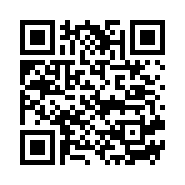