(information below adopted from BODC website, for personal interest)

3) Atlantic Meridional Transect (AMT) — 1995 - 2005
The AMT programme undertakes a twice yearly transect between the UK and the Falkland Islands to study the factors determining the ecological and biogeochemical variability in the planktonic ecosystems.

4) Atmospheric Chemistry Studies in the Oceanic Environment (ACSOE) — Completed 2000
The ACSOE programme investigated the chemistry of the lower atmosphere (0 -12 km) over the oceans.

6) Autosub Under Ice (AUI) — 2002 - 2007
The AUI programme will investigate the role of sub-ice shelf processes in the climate system. The marine environment beneath floating ice shelves will be explored using Autosub.

7) Biogeochemical Ocean Flux Study (BOFS) — Completed 1994
The BOFS project studied the processes that control carbon exchanges between the atmosphere, the surface ocean and the ocean interior.

8) Enabling Parameter Discovery (EnParDis) — 2003 - 2005
EnParDis is a project to develop our Parameter Dictionary. Parameter dictionaries are used to label data with a standard description and are crucial when searching out and exchanging data.

11) Marine and Freshwater Microbial Biodiversity (M&FMB) — 2000 - 2005
The M&FMB programme is intended to understand the huge variety of microscopic life which inhabits our oceans, lakes and rivers. It will also investigate the potential for biotechnological exploitation.

12) Marine Productivity (MarProd) — 2000 - 2005
The main goal of MarProd is to develop coupled modelling and observation systems for the pelagic ecosystem, with emphasis on the physical factors affecting zooplankton dynamics.

14) NERC DataGrid — 2002 - 2005
The challenge for NERC DataGrid is to build an e-grid which makes data discovery, delivery and use much easier than it is now.

16) Plankton Reactivity in the Marine Environment (PRIME) — Completed 2000
The PRIME project studied the role of plankton in determining oceanic biogeochemical fluxes and their implications in climate regulation.

17) Rapid Climate Change (RAPID) — 2001 - 2007
The RAPID programme is an effort to understand the causes of sudden changes in the Earth's climate.

19) UK Tide Gauge Network — Ongoing
A network of tide gauges set up as a result of severe flooding along the east coast of England in 1953. The network forms the basis for present day storm surge forecasts.

20) UK Surface Ocean - Lower Atmosphere Study (UK SOLAS) — 2003 - 2010
The UK's contribution to the SOLAS programme which aims to clarify the complex interactions between the ocean and atmosphere. The focus is on chemical exchanges that affect marine productivity and climate.

4) HUMBOLDT — 2006 - 2010
The HUMBOLDT project will help provide a framework for geo data harmonisation and service integration across Europe.

5) Inlet Dynamics Initiative: Algarve (INDIA) — Completed 2001
The INDIA project studied the interactions between tides, waves, currents and sediment processes at work in the European coastal zone with the aim to be able to predict change.

6) Monitoring the Atlantic Inflow toward the Arctic (MAIA) — Completed 2003
The MAIA project developed an inexpensive, reliable system for monitoring the inflow of Atlantic water to the Nordic Seas and looked at how changes of ice extent in the north are related to this flux.

7) Ocean Margin Exchange (OMEX) — Completed 2001
The OMEX project studied, measured and modelled the physical, chemical and biological processes and fluxes at the ocean margin - the interface between the open Atlantic ocean and the European continental shelf.

8) PROcesses of Vertical Exchange in Shelf Seas (PROVESS) — Completed 2002
The PROVESS project was based on the integration of experimental, theoretical and modelling studies with the aim of improving understanding and quantification of vertical exchange processes in the water column.

9) SeaDataNet — 2006 - 2011
SeaDataNet aims to develop a standardised, distributed system which provides transparent access to marine data sets and data products from countries in and around Europe. It will build on the work already completed by the SEA-SEARCH and EDIOS projects.

11) System of Industry Metocean data for the Offshore and Research Communities (SIMORC) — 2005 - 2007
SIMORC aims to create a central index and database of metocean data sets collected globally by the oil and gas industry.

1) Argo — Ongoing
Argo aims to deploy a global array of profiling floats. This will result in the long-term systematic measurement of physical state of the upper ocean. BODC acts as the UK Argo Data Centre and the Southern Ocean Argo Regional Centre.

2) Climate Variability and Predictability (CLIVAR) — 1995 - 2010
CLIVAR seeks to better understand and predict our climate in order to take precautions and to reduce impacts of climate variability and change on our planet. BODC acts as the CLIVAR Moored Instrument and Sea Level Data Assembly Centres.

3) General Bathymetric Chart of the Oceans (GEBCO) — Ongoing
The goal of GEBCO is to provide the most authoritative, publicly-available bathymetry for the world's oceans.

4) GEOTRACES — 2006 - 2016
GEOTRACES is an international programme that aims to improve our understanding of biogeochemical cycles and large-scale distribution of trace elements and their isotopes (TEIs) in the marine environment.

6) World Ocean Circulation Experiment (WOCE) sea level — Completed 2002
WOCE aimed to improve our understanding of how ocean circulation affects the Earth's climate. BODC had joint responsibility for the WOCE sea level data and acted as the UK data centre for ship based and moored instruments. 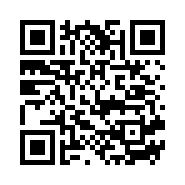