A whimsical cartoon depicting deep sea dredging for marine fauna. Source: In "Natural History of the European Seas" by E. Forbes (posthumously) and edited by Robert Godwin-Austen. Forbes' initials are in the lower right of this drawing. (Courtesy of NOAA Photo Library.)

Chart of the Gulf Stream compiled by the Coast Survey in 1860, based on a series of systematic studies begun in 1845. (NOAA Photo Library)

A diagram of the Sigsbee Sounding Machine from 1875. (NOAA Photo Library)

In 1935, Jim Jarrett wearing a 1 atmosphere diving suit (a suit which maintained an internal pressure of one atmosphere -- the same pressure as at the surface of the ocean) made a dive to 312 feet to explore the wreck of the Lusitania. This suit was developed by J. Peress, and was a precursor to the "Jim" suit, named for Jim Jarrett Peress's chief diver. Image courtesy of NOAA/OAR/National Undersea Research Program (NURP).

(All images and text adopted from above link) 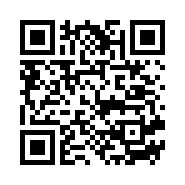