"Laser-scanned image of the Belgammel Ram, producing very clear representation of the trident motif, the bird-neck loop, and the surface texture of the bronze after 2000 years in the sea. (Jon Adams, University of Southampton)" (text & photo's source: NOC)

Reconstruction of a Hellenistic warship (Drawing by Kirsten Flemming)

"Ancient oared warships, such as the triremes beloved of Hollywood sword-and-sandals epics, were equipped with a vicious bronze ram at the waterline, and a secondary ram called a ‘proembolion’ higher up, designed to smash the oars and outriggers of enemy ships. "

"The wood inside the ram has been burnt, which suggests that the ship may have burned and sank, perhaps in battle or as an accident caused by a fire on board.  The metallurgy of the bronze metal does not suggest that it was exposed to a prolonged fire after casting, so the ram may have fallen into the sea soon after the hull was weakened by fire.

At the time that the Belgammel Ram was cast, the technology of creating large objects in bronze was understood to the point of perfection.  Beautiful statues cast with thin metal mouldings by the ‘lost wax’ process such as the great Poseidon in Athens, or the Warriors of Riace in Italy, are artistic works beyond compare.  The Belgammel Ram is an example of a more functional or industrial style, but still gracefully decorated with the image of a trident on each side of the cutting head, and a curved swan-like bird neck over the top.

Only five other bronze warship rams have been described since the Belgammel Ram was discovered, so this object is extremely rare and important in what it tells us about ancient warfare and foundry technology. None has been studied in so much detail." 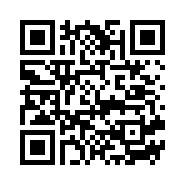