Tyrrell and his colleague Prof. Eric Achterberg, also of SOES, will coordinate a £3.6 million multi-institute consortium to investigate the impacts of acidification on the surface ocean and the plankton which inhabit it.

“This is a great opportunity to address the complex issues of ocean acidification in oceanic environments,” said Achterberg: “Many studies have been conducted in laboratories and provided insightful results for single species. The next logical step is to conduct observations and experiments at sea in regions with strong spatial gradients in seawater carbon chemistry. This will inform us on the effects of enhanced carbon dioxide levels on marine microbial communities and ecosystems.”

The consortium will also study how ocean acidification affects ecosystems and biodiversity and the cycling of nutrients and chemical elements in the ocean, as well as its affect on how the ocean interacts with the atmosphere to influence climate. Investigations will include studies of calcifying organisms, which build shells out of calcium carbonate, as well as non-calcifiers.

There will be three research cruises, to the Arctic Ocean, around the British Isles, and to the Southern Ocean, all places with strong horizontal gradients in seawater carbon chemistry and acidity. The researchers will make observations and conduct shipboard experiments in which seawater from the ocean surface will be put into containers and subjected to higher carbon dioxide levels. They will then monitor the responses of natural plankton communities as the seawater is made more acidic. (這也是白菜超想研究的方向：酸化對極區的影響)

Achterberg has also been awarded £0.45 million to provide the UK Ocean Acidification research programme’s carbonate chemistry analytical facility, which will be responsible for measurements of seawater acidification and carbon dioxide levels.

Scientists of the National Oceanography Centre, Southampton, will also make major contributions to other areas of the research programme. Dr Gavin Foster and colleagues will examine how calcareous plankton responded to major ocean acidification events in Earth’s history in order better to predict how they might be impacted by future acidification. Dr Tom Anderson and Dr Katya Popova will model the consequences of acidification in the Arctic Ocean. Dr David Hydes is part of a consortium measuring the ocean to map the ongoing changes in ocean acidity. Finally, Dr Chris Hauton is part of a consortium to investigate acidification effects on organisms living on the seafloor. " Quote from noc.ac.uk website. 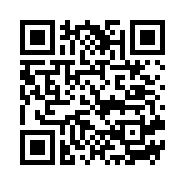