(Source: All photo and text quoted from NOC webiste)

""Scientists on board the RRS James Cook in the Southern Ocean have sent back the first of images of hydrothermal vents on the East Scotia mid-ocean ridge. Reporting on the blog site Classroom@Sea the researchers relate how they have completed a video survey of the area and are now set to sample the fluids coming out of the vents.

Professor Paul Tyler, who heads the programme said: “The team has been mapping the northern end of the East Scotia Ridge. In a few days we will see the animals that live at the vent sites on this ridge. The East Scotia Ridge links the Pacific and Atlantic mid-ocean ridges so we are really excited as to what we will find here.

“This will be the first time our deep-diving ROV, Isis, will have sampled a hydrothermal vent. Today the team is looking at the chemistry of the vent – collecting the fluids coming out of the vent and taking samples of the chimney deposits”.

The biology of vent sites varies around the world. The giant tubeworm of the Pacific, Riftia pachyptilla has not been found in the Atlantic, Indian and Arctic Oceans but there may be a possibility that it will be found here. Or will the dominant species be similar to the Atlantic vent shrimp?

The scientists are sending back regular blogs from the ship which can be viewed on the National Oceanography Centre’s Classroom@Sea website. Professor Chris German from the Woods Hole Oceanographic Institute has been documenting the expedition since the RRS James Cook left Punta Arenas, Chile on the 7th January."" 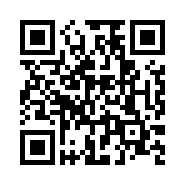