New research involving scientists from the National Oceanography Centre, Southampton (NOCS) highlights the potential utility of iron isotopes for addressing important questions in ocean science. The findings are published in the August edition of the journal Geology.

Large regions of the world’s oceans have low primary production despite having plenty of macronutrients such as phosphate, nitrate and silicate. This is due a shortage of the essential micro-nutrient iron, which is needed for the growth of phytoplankton. These tiny, plant-like organisms sit at the base of the marine food chain and collectively draw vast amounts of the greenhouse gas carbon dioxide down from the atmosphere through the process of photosynthesis.

A proportion of the carbon is exported to the deep ocean, making the oceans a major carbon dioxide sink, without which global warming would rapidly accelerate. The natural supply of iron to such ‘High Nutrient Low Chlorophyll (HNLC) regions is therefore, albeit indirectly, an important determinant of climate.

The importance of dissolved iron in seawater derived from bottom (benthic) sediments is increasingly recognised as being important. Around the continental margins, in particular, iron is released from the sediments during the decomposition of organic carbon by dissimilatory iron-reducing bacteria - micro-organisms that use elemental iron to obtain energy. This leads to the enrichment of iron in pore fluids and bottom waters. However the ubiquity of sedimentary iron inputs to seawater remains unknown.

Different biological and chemical processes can leave behind characteristic isotopic ‘fingerprints’. Of specific interest here, iron isotopes in sediment pore fluids may be a unique tracer of sediment respiration by dissimilatory iron-reducing bacteria.

Dissimilatory iron reduction is thought to be one of the earliest metabolic pathways on Earth , thus sedimentary iron isotopes may also be useful in reconstructing past iron cycling in the ancient ocean.

Pore-fluid iron isotope measurements have so far been restricted to the continental shelves where the supply of carbon is typically high and dissimilatory iron reduction is extensive, precluding comparisons with low-carbon, deep-water environments. William Homoky, who is a research student at the University of Southampton’s School of Ocean and Earth Sciences based at NOCS, and his colleagues have helped fill this gap be measuring iron isotopes in pore fluids from both the Eel River shelf on the northern California margin (120 m water depth), and deep-sea sediments from the Southern Ocean around the Crozet Island Plateau (3000–4000 m water depth), about 1400 miles southeast of South Africa.

"We are excited by our findings not only because they represent the first measurements of their kind, but because they are telling us something important about iron cycling processes in the deep-sea, which can inform future iron isotope investigations in ancient rocks and the modern oceans," said William Homoky.

The researchers believe that iron isotope processing in carbon-limited environments, such as the deep-sea, is important and that it should help future interpretations of the rock record. “Additionally,” they say, “the unique isotopic fingerprint of pore fluid iron in continental shelf settings is confirmed, highlighting the potential for iron isotopes to trace the inputs of continental shelf-derived iron in seawater.”

Current thesis research aims to improve our understanding of iron cycling between sediments and seawater and compares the affects of contrasting sediment geochemistry on iron flux generating processes.

"In the future I would like to examine processes of sedimentary iron cycling in the high-latitudes, where sediments are subject to enhanced rates of environmental change due to changing climate in these regions," said Homoky.

This work was supported by the UK Natural Environment Research Council (NERC) and the US National Science Foundation (NSF). Research cruises were undertaken on the RV Wecoma and the RRS Discovery. 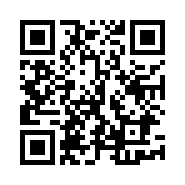